An Ode to Barnstaple 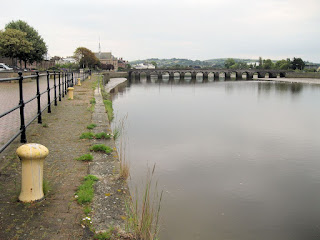 A parting partial ode to the town of broken dreams and stagnant hopes. I have wandered through each chartered street. The estuary acting as a reminder of the enclosing rurality, this; a sweet concrete haven from the stale muddy fields and damp cottages.
Glide down the high street and avert your gaze as you brushing shoulders with every sexual encounter since aged 14. Nobody ever leaves this town. They enroll on a woodcraft course then advance to a bedsit by the bus station.

And to the library! An imposing brutalist literary safe space, do not try and engage in small talk with the women on the counter. They know of your £30 card fine and thus will never let you loan A Vindication of the Rights of Woman til this is respectfully wiped. Upstairs smells faintly of urine but you find your habitual corner and try to absorb as many books as is humanly possible til closure.

Newly sprung Vintage shops line the side lanes, self aware pretension with an air of celestial condescension on the Adidas mortals. Why pay £80 for a dress you could have bought for pittance at a a neighbouring charity shop? Funding a charity? It probably won't smell of lavender and the women serving you probably won't have a fringe. But this is a Hit New Sensation! The North Devon Journal produce a glossy two page spread on the Aspirational Entrepreneurs. Slow and aged disciples of the Shoreditch mass. Barnstaple is a 24 month time-warp. The seeds of the hipster are freshly sewn and bleed tentatively through the fabric of the high street. Swathes of 60s Swedish fabric, draped in the window display amongst über-chic mannequins and redundant whicker baskets. Aesthetics.

A little walk further, and you may stumble into Green Lanes Mall. Mighty 70's institution. Shelter for the New Look honeys. I tend to shuffle my feet past River Island after an unfortunate job interview, superficially unpleasing or something, not in line with the brand ethos or something.

In the population of 31,000, few go unseen. Foreign blood is clocked and logged and remarked on and slandered. That tart from Appledore. Archaic slips, adorable ignorance; homophobia, racism, transism, UKIPing fascists. You'll find yourself regularly wincing. "The only black girl at school", this is how she is primarily identified by peers.

And should you find yourself, unflinching explorer, in the realms of Fever, or The Rising Sun do not hesitate in smiting down any man who non-consensually gropes you. You may be the only female not donning heels, instead in a particularly unenticing pair of DMs but the sheer fact you (may) possess a vagina is incentive enough for these rapscallions to dive into a soirée of molestations. Watch you back as you walk swiftly down the high street back to your getaway car in the old cattle market car park. In the hours of darkness there is an ilk of man who revs his wagon, in convoy with his pals, full speed down the pedestrian only street. Don't go weak at the knees for a wink and a growl.

Amongst the misogynist japes and lecherous outbursts, the Barnstaple realm also homes the only women’s refuge in the entirety of Devon, homing between 50-60 families per year. A service recently jeopardized by drastic funding cuts of £2.4 million meaning the charity is now heavily reliant on it’s two charity shops operating in the town. Devon County Council have oh so much to answer for.

Birthplace of Katie Hopkins. Resting place of tedium and all that is bleak and retrograde and mundane. I'm outta here. 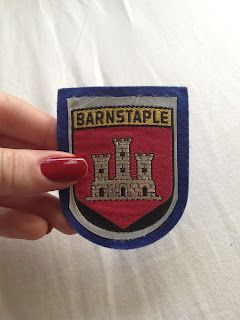