Drawing the predictable melange of charity shop jumpers and Doc Martens, Bombay Bicycle Club took centre stage at the Great Hall playing a sold out set in the halfway leg of their UK tour.
Swept there on a compelling tide of nostalgia and elated on expectations of £23 tickets, that were needless to say; high.
The band have received heady mainstream success from album number four ‘So Long, See You Tomorrow’ with singles such as ‘Luna’ gracing the airwaves of the daytime Radio One playlist.
The set was a notch up in professionalism from the 2010 post ‘had the blues’ relative underground status, they’re big boys now. Support act ‘Flyte’ seemed reminiscent of a mediocre Mystery Jets minus the 80s hype, though pleasantly harmonious.
This was soon followed by Rae (‘The Hair’) Morris, a radiant songstress who sat, somewhat subdued, at the keyboard whispering delicate vocals. A poignant affair, songs such as current single ‘Skin’ were beautifully executed.
Bombay were confidently commanding with spirits soon became frenzied by the very presence of the quartet. The Indie introvert pin-up boy Steadman was brilliant as ever, despite the vivaciousness of early tracks such as ‘How Can You Swallow so Much Sleep?’ and ‘Always Like this’ possibly subtracting from the sincerity of  ‘Eyes Off You’ with vocals slightly lapsing.
Use of mesmerising graphics projected onto circular screens were stunningly implemented, the Asian-fusion undertone to tracks such as ‘Feel’ seeing a gang of artsy cobras grace the background to which guitarist Jamie Maccoll exclaimed ‘RELEASE THE SNAKES!’ to much effect.
‘Luna’ also saw a Disclosure- esque mockery of the band’s ‘interative’ online video with rotating silhouettes of Steadman and accomplices.
A ‘Flaws’less performance that secured crowd pleasing old ‘Evening/Morning’, ‘Shuffle’ ‘Light Out, Words Gone’ with an encore of the sublime ‘What If’ and ‘Carry Me’ it was triumphant effort from a band who have certainly secured themselves as seminal figures in the alternative 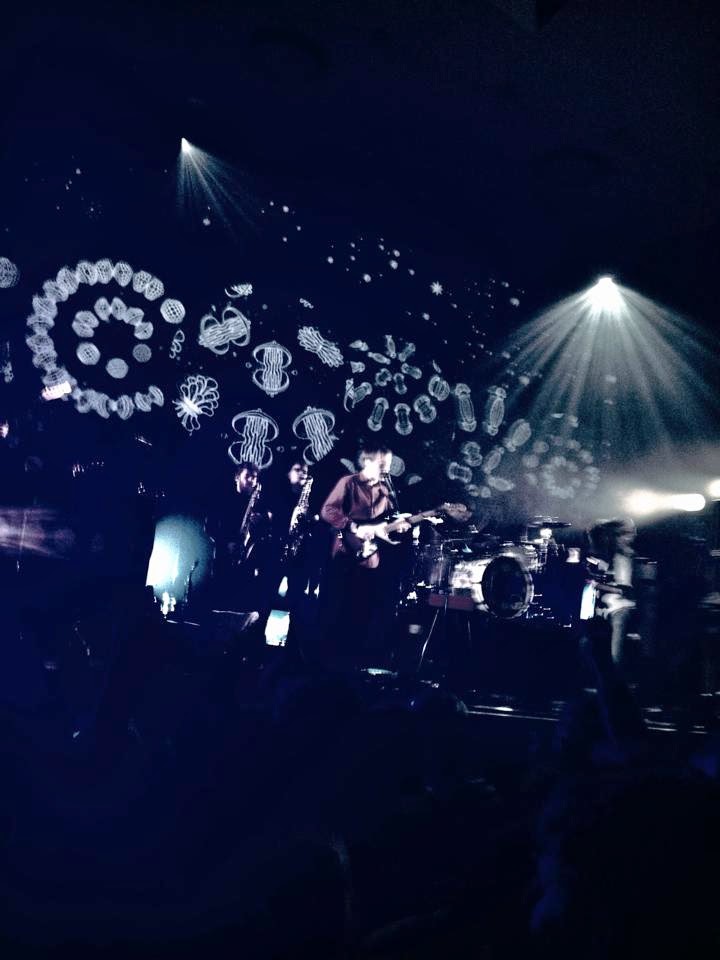 Photo credit to the delightful Molly Hayden
also published at: http://www.theexeterdaily.co.uk/news/entertainment-reviews/bombay-bicycle-club-review
Posted by Unknown at 13:16 No comments:


Hi Mark, what can you tell us about the new installation?


It's a collection of new works that encompass a whole bunch of different media and ideas. There are also consistent ideas that run through a lot of what I do – I'm particularly interested in misinformation, controlling forces – whether that be an obvious one, such as an elected government, or something more unseen, such as the psychological side of marketing – and communication between people in general, how this can break down and the implications of that.


There is a prevailing awareness of the 1980s that influences your work. How do you think today’s economic climate might inspire a future generation of artists?


That's an interesting question, in so far as in so many ways, we are in exactly the same situation now as we were in the 80s – strikes, riots, Conservative government, military action, economic depression – it's uncanny really. Under this government the economic climate for the arts is only ever going to get worse, but as always happens, interesting things come out of adversity; people making do and finding other ways and means to realise their creative visions. The real inspiration, so far as I see it, comes out of the reality of the day to day existence – in the same way that I have been influenced by the climate and paranoias of the time, so a new generation will be inspired by what's happening today.


Do you feel that the environments in which your exhibitions are at all encompasses the message you are conveying?


In one part of my practice, I have a real interest in working site-specifically, responding to particular geographies or histories, but those are specific commissions that request that focus from the very beginning. Another part of my practice is what you'll see at the Phoenix – a studio practice, developed around particular points of interest I find in the world. The best analogy I can make is to think of a gallery show as an album – a band writes an album in their garage/rehearsal room wherever they live in the world, then that album gets listened to in bedrooms all over the world. The connection people feel with those songs isn't specific to their individual location, but connects for more personal reasons.


How do you feel your will influences the perceptions of those attending the exhibition?


This is a really tough question to answer – one of the key questions that artists have been asking themselves forever. I may set something up in the gallery that means people can only move through it in a certain direction, or have something very over-bearing that I know will connect on quite a visceral level. But, at the end of the day, any artist has to be aware that every viewer brings their own set of ideas and experiences to any work. Some of the best insights I have ever gained in to my own work have come through things that other people have told me about my work, not things I have figured out for myself.


Do you think the intention of art is to be eye-opening to those observing it or a self-fulfilling act? Or both?


Eye-opening would suggest that something needs to contain an inherent shock or entertainment value, then self-fulfilling suggests something very introspective, even selfish. I'm interested in both of those positions on some level, but also all that grey area in the middle. All I ever really hope for my work is that it might make someone think. Maybe hold something back up to them for another inspection and have them thinking, 'I've never thought of it like that before'. I'm offering a shifted perspective on the world that opens up room for discussion or reconsideration. I'm selfish enough to think that as an artist, you don't owe your audience anything. What I really mean is that you can't second guess who your audience are or what they will think. It's about honesty at the end of the day. I think most people can sense integrity and honesty a mile off, so you owe it to them and to yourself just to be honest.


The exhibition voices the ‘losers’ of history- who would you see as society’s present day losers?


I think we are living in very dangerous times, and by that I don't mean a threat of physical harm, despite what we are told by the media, day in, day out. We have reached a time where the economic value or cost of anything is the first consideration of everything, as opposed to the humanitarian cost or value. We have politicians that are so disconnected from the reality of the lives of the majority of the population that they can't even begin to understand that reality, let alone do anything to support or improve it. I want to live in a civilisation that is empathetic, supportive and compassionate. You can say that everyone is currently losing, whether we look at the erosion of the NHS and civil liberties, basic freedoms or any kind of vision for future generations. the way we structure our societies and values has to drastically change or humanity is doomed. I know that makes me sound like an old hippy, but when we have almost every area of our existence being proven to be unsustainable in the long-term, from energy and food production, to the very air we breathe, we've got to accept that we're losing, it's just some will be going down in luxury yachts whilst the rest of us drown first. Either way everyone's ultimately going down. On that happy note, I'll finish.


The exhibition ‘History is Written by the Winners’ at Exeter Phoenix centre opens on the 28th March. Workshops and further information is also available at: http://www.exeterphoenix.org.uk/events/s-mark-gubb-history-is-written-by-the-winners/ 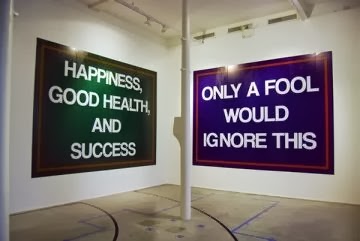 photo credit:
http://locwsinternational.com/wp-content/uploads/artworks/gubb/gubb2.jpg
For further information: http://www.smarkgubb.com/
Posted by Unknown at 02:37 No comments: