Review: The Suppliant Women at the Young Vic: for [smiths] magazine

Ferociously executed and deliciously, faultlessly synchronised, David Greig’s revision of Aeschylus’s play, The Suppliant Women is in the spirit of the community-based original. Greig’s reworking of the text has been championed by community choruses in Edinburgh, Belfast, Newcastle and Dublin and now takes pride of place in London’s Young Vic theatre. It charts the journey of fifty women, daughters of Danaos, from Egypt to Greece fleeing forced marriage with their cousins, the “unholy sons of King Aegyptos”. The Suppliant Women presents the female condition in flight, navigating Diasporic identities under a strict patriarchal thumb. In keeping with Ancient Greek performance, the evening is prefaced by an announcement from a civic official; Conservative MP John Glen, parliamentary under-secretary for Arts, Heritage and Culture. Glen recites the names of the play’s sponsors, marking government subsidisation of the arts through percentages of ticket prices. Glen conducts a libation, pouring a bottle of red wine along the porous grey stone of the open stage, squawking “in the name of Dionysses, god of wine, rejoice!”  I find the inclusion of a true-to-life politician here intriguing. When theatre is so often a place to evade reality, Glen injects realism and reminds the audience of their benevolent rulers and the cultural allocation of their taxes.
Women are at the heart of this play, and the chorus rightfully take centre stage. It is a patchwork flurry of multi-coloured women, all residents of Southwark- having trained for the play since September under the direction of Ramin Gray, choreographer Sasha Milavic Davies and vocal leader Mary King. The chorus of women largely operate as one body, only splitting off to individual voices in times of crisis, Gemma May giving a highly commendable performance as chorus leader. The use of incense, candles, torches, flapping scarves and confetti all invite a high sensory engagement. Live percussion and woodwind accompanies Greig’s rhythmically loaded language, reminiscent of Kate Tempest’s metered delivery, albeit en-masse. The women brandish suppliant branches threaded with white fabric which they use to simulate the motion of their journey by sea, swing over their heads and lay down as offerings to their recipients. The women are plagued by the violence of men, their attractive youth and their vulnerability as asylum seekers, crying “the worries of women as exiles are endless”. This speaks of a universal female condition; their only bargaining chip in the kingdom of men being the threat of self-destruction through suicide, cursing the city of Argos. This is a play that ruminates on human migration and attitudes towards migrants, transcending the historicity of the original; “if you’re a migrant the people will talk”.
"Equal power to all Women" is the triumphant closing war-cry. It is eternally relevant.

The Famous Lauren Barri Holstein: Notorious at The Barbican: Review 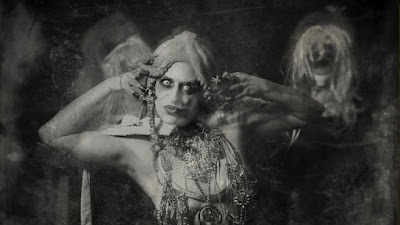 All rights to Tim Fluck.
Posted by Unknown at 05:14 No comments: 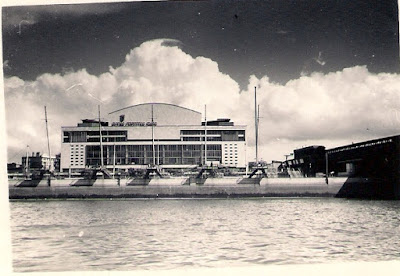 All creative commons: allhalls flickr.com
Posted by Unknown at 16:22 No comments: