1984 The Play: A Review for Smiths Magazine 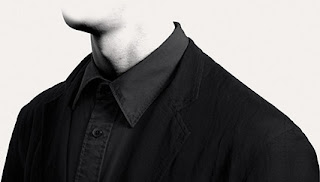 Robert Icke and Duncan Macmillan’s recent adaptation of Orwell’s 1984 sees an entirely new cast take to the West End stage of the prestigious Playhouse Theatre. This is a venue that boasts legacy, with a plaque to George Bernard Shaw’s first performance of Arms and The Man along with gilded cherubs, decadent murals as well as having hosted The Rolling Stones, Led Zeppelin and The Beatles in bygone days.

The question that the opening scene of the book club poses is ‘how does one go about scrutinising a book with such legacy?’ And by extension, how should it be appropriately adapted to the stage? What’s tasteful is the lack of attempt to use the play as a contemporary fable and failing to allude directly to the modern day as the tale exists within its own sphere.

Running at 101 minutes, the scene is set with an unsettled Winston Smith, wracked with nerves whilst hunched over his desk in a dimly lit hard wood-clad office. Winston’s character becomes increasingly disassociated, through an exposition of the consumption of madness and paranoia, perhaps more so than the book illustrates. The play tempts initially at banality, soon thwarted with jarring digital screeches and offensive pangs of white light. The use of lighting as overseen by Natasha Chivers is suitably stark, gentle sephias marking the soft moments of human intimacy, whilst orange hues illuminate the motif of ‘Oranges and Lemons’, all markedly juxtaposed by the clinical floodlights of Room 101.

Mixed media is incorporated through a series of film clips as a window to Winston’s private quarters, ironically displayed across a huge screen that enforces the omniscient nature of the state. This ingeniously frames the dismantling of Winston as a character through the physical deconstruction of the bedroom; momentarily exposed onstage before seamlessly morphing into the torturous Ministry of Love, governed by the cruel hand of Angus Wright as O’Brien.

A sensual assault, 1984 is a violent, terrifying and arresting depiction of a truly dystopian vision.
Posted by Unknown at 12:34 No comments: 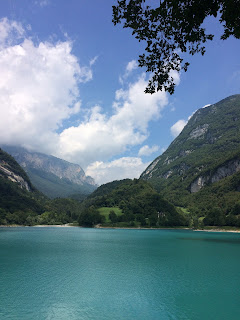 Pitched neatly between the peaks of the Italian Alps, this year’s Mandrea Music Festival offered a hearty amalgamation of Reggae, Afrobeat, Ska, Dub, Hip-Hop and a perpetual soundtrack of acoustic campsite sessions. A stone’s throw from the dramatic blue waters of Lake Tenno as well as neighbouring Lake Garda, the setting is faultless. Birthed in 2012 originally under the name of 'Mandstock', the festival has steadily flourished- swiftly attracting its crowd of easy-going hippies and music lovers. As well as offering a selection of hiking trails and viewpoints accessible to attendees, the festival also boasts several workshops including donkey riding classes, gardening, dance classes and Tai Chi.
Regarding food onsite, Mandrea offer a modest but downright lip-smacking selection of Italian food stuffs. You’ll find stonebaked pizzas, vegetarian paella and outstanding Senegalese coffee making a holy trinity of deliciousness (the latter being a particularly effective staple of the later nights; a continental Red Bull if you will).
This year’s line-up saw Friday night headliners The Congos take to the main stage, administering a hearty dose of classic Reggae from the trio of veterans; a formal education and introduction to their vastly influential 1977 album with Lee Scratch Perry ‘Heart of The Congos’.  Orlando Seale and the Swell later christened the Forest stage with an array of stormy and political songs, illuminated by the female violist and commanding front man vocals.
Saturday night’s musical highlights included a stonking main stage performance from Sheffield’s K.O.G. and the Zongo Brigade, captained by K.O.G. who enticed onlookers with rhythmically stimulating Afro-fusion anthems making this band a weekend highlight for many. Bristolian Ushti Baba soon followed on the Forest stage, merging traditional European folk with a contemporary flair in an Alpine knees-up.
Between relentless downpours of rain, Sunday night saw the formidable Brightonian 9-piece Town of Cats own the Forest stage with the heavens biblically clearing barely minutes before their set. This didn’t stop revellers from anticipating a rain dance; hoisting over a gazebo to the dance floor, much to the annoyance of a sound engineer. Their set was delectably danceable, punctuated with stories of sin, sex and lashings of salsa. Sunday also saw Inner Peace Records taking to the Barrio Libre stage, the Hip-Hop label hosting a mixture of some of Oxford’s finest talents including King Kahn, Shamanic, Terao,  EarthOne, Tang the Pilgrim, Elliot Fresh and Reejai, passing tongue in cheek exchanges that reflected on the apocalyptic weather conditions Sunday morning had punished us all with.
A serene and intimate festival with a visually dramatic natural backdrop, Mandrea festival is an unspoilt and ethereal beauty. You’ll leave feeling upbeat and wholesome, this idyllic retreat from the grind of your 9-5, and substantially less wanky than that yoga retreat that Stephanie from the office went to. Just don’t go shouting it from the rooftops.

Words by Elinor Potts
Posted by Unknown at 16:22 No comments: