The annual climax of the Viennese cultural calendar can only be Festwochen; the Austrian capital’s culture festival held this year between 12th May-18th June. Established in the 1950s, Wiener Festwochen remarks on its website, ‘[it was/is] necessary to reconnect with the world, to integrate the city and the country into the international discourse of art and culture, to promote life, openness, and the idea of a future’. Events span theatre, dance, art-installations, music and lectures; celebrating individuals at the forefront of socio-political activism, avant-garde artistry and intellectual thinking. The festival is heavily subsidised by the Austrian government and though many of the events are ticketed roughly between €10- €65, a reasonable amount of the events that take place over Festwochen were free- including those by postcolonial celebrity Gayatri Chakravorty Spivak, Hegelian-Marxist and movie-pundit Slavoj Žižek and Fannie Sosa’s sex-positive Feminist ‘twerkshop’. A premium cultural smorgasbord.
It was as part of ‘The Academy of Unlearning’ lecture series that Slavoj Žižek’s lecture on ‘The Courage of Hopelessness’ was positioned; a collection of lectures touching on Western democracy, social dislocation and the European migrant crisis- encouraging participants to tap into a system of re-education and critique individual boundaries of understanding.
As an intellectual who is perhaps both admired and lambasted in equal measures by contemporary medias, Slavoj Žižek has an unshakable cult status amongst memes junkies and uni-educated white Corbynites alike. The Ed Sheeran of the hard-Left if you will; Žižek fronts a shy-boy scruffy exterior that downplays ‘intellectual genius’, idolised by his adoring disciples.  Žižek’s writings on Ideology, Psychoanalysis and Film Theory- famously popularised for the mass-market in films The Pervert’s Guide to Cinema (2006) and The Pervert’s Guide to Ideology (2012) cemented him as the poster-boy for Hegelian-Marxism, prescribing a transcendental celebrity glow to his characteristic idiosyncrasies and habitual mannerisms.
Following the publication of ‘The Final Countdown: Europe, Refugees and the Left’, Žižek’s essay and lecture title derives from the Italian philosopher Giorgio Agamben claim that “thought is the courage of hopelessness”. Speaking in the present tense, Žižek underscores the bleakness of European politics with destructive language, ‘The true courage is to admit that the light at the end of the tunnel is most likely the headlight of another train approaching us from the opposite direction’. Exploring this prophetic collision, he goes on to mark this oncoming threat as the ‘flow of refugees’ or ‘the problem of refugees’ that will certainly ‘explode again’. His central claim here is (perhaps unsurprisingly) radical, calling for a ‘move away from the humanitarian’.
‘This fascination with refugees suffering is the ultimate fetish because it changes a mega serious political problem into a humanitarian concern, and sentimental liberals always like this, to change again and avoid critical political analysis and begin to talk this rubbish of “are our hearts open enough”? [...] We don’t need open hearts we need precise political action to break this cycle of global geopolitics’

Interrogating the difficulty of multiculturalism, Žižek points the finger at the ‘the burden of a specific way of life’ and the ambiguities that surround this ‘way’ as a point of conflict and uncertainty. Using the Lacanian  notion of ‘jouissance’, Žižek consolidates the notion of a ‘way of life’ as ‘not direct pleasure but the enjoyment of organising pleasure’ culturally organised in such a way that it ignores cultural attitudes to sexual customs and hierarchy as values that exist ‘at the very core of a way of life’. Žižek presents the idea of arranged marriages as a key component to a way of life, citing cultural conflicts within his native Slovenia, as well as looking at the model of the Indian caste system as a way of life that was used to the benefit of British imperialism, stating that ‘authentic imperialism has always been multicultural’.
The discourse is dense and pessimistic, focus turning to the recent French election and the futility of neoliberal politics, ‘Macron embodies politics that produced Le Pen’ and Žižek asserts despondently; ‘a vote for Macron is a vote for Le Pen in four years time’.
At one point, Žižek confesses to having streamed the recent adaptation of Margaret Atwood’s The Handmaid’s Tale on piratebay (‘I caught myself enjoying it very much, I was horrified’). Broadening into a Lacanian discussion on the sources of pleasure, Žižek digresses into an account of rape of which the perpetrator denied being motivated by carnal desires and was thus considered innocent by the Mexican authorities. Here, Žižek revisits his trope that ‘of course, feminists explode’, marking the Left’s obsessive preoccupation with safe-spaces and a general emotional excess with his argumentation teetering towards the Right. The attention to detail in describing the account as well as the depiction of graphic violence in the screened video clip underscores Žižek’s inability to censor or shelter. This extends to his provocative brand of apathetic humour, and on a theoretical level in the assertions of his lecture argumentation that calls for a move away from humanitarianism. Who needs trigger warnings, right?
The proceeding Q&A followed in a very Žižekian manner, scrutinising the mediation of pre-meditated questions through a host and reminding the audience to save their clapping for when they are directed, signposting the conventions of a conference.  The initial question: ‘How did you sleep yesterday?’ is met with frostiness that exposes Žižek’s personal brand of radical humour through juvenile hyperbole ‘What is the point of this question? If you put it the way you have put it, it would be like I have raped five children.’
As he tries to engage in a direct Q&A with audience members Žižek confesses ‘I feel bad. The best thing would be to- this is deepest anti-feminist manipulation- have a lady ask the questions so that we can say that ladies were also- you know.’ Though Žižek does undoubtedly recognise the extremes of his humour as an alienating factor, what is posed as a noble intervention for the sake of inclusion is dashed as soon as the audience member is chosen- an older Austrian man- over the energetically waving arm of a female audience member. In doing this, Žižek reduces a demonstrative act to a futile pledge to compensate for his poor taste in humour, further isolating the voices of Left-wing women within a panel and audience largely made-up of men. Žižekers hang off their demi-god’s every word, praying for the next available moment to laugh heartily and declare their commonality.
In sum, I’m a sucker for free culture. Festwochen’s scintillating selection of scholars, exhibitions, installations and performances had me from the word go, and the accessibility of free entry is a credit to the Austrian government and Arts funding.
Hey, maybe I am a misguided, hysterical ‘exploding feminist’ but declaring progress to be a move away from empathy is certainly heavy handed. 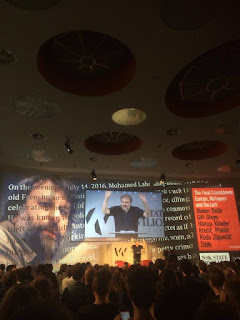 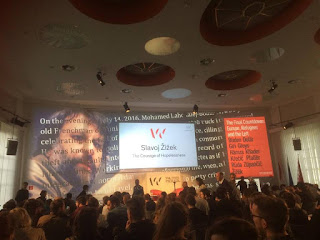 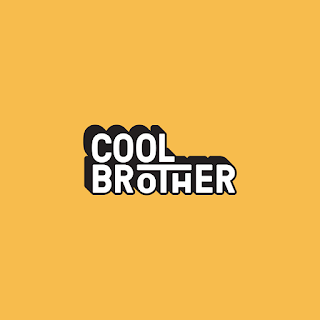 Hinds are a fully-charged female four-piece hailing from Madrid, favoured by the likes of Primal Scream’s Bobby Gillespie. Comprised of Ade, Amber and front-girls, Carlotta and Ana, we’ve seen them escalade in size, strength and following.
It all began two years ago, when 2014 saw Ana and Carlotta release their debut EP, Bamboo. Charming, fun and totally badass, Bamboo is a pared back lo-fi rock ‘n’ roll ditty with a shoe-scuffing call and response to playground pining. They’ve hardly been sitting pretty since. That year, we watched Hinds battle intimate venues like Corsica Studios, while remaining deers in the headlights when it came to interacting with the crowd. Incessantly giggling, dewy-faced and doe-eyed, they were still getting to grips with the English language. In 2015, we were treated to a wealth of gigs, from Hong Kong to Hoxton, and 16 performances at SXSW. Now, they’re headlining Koko, they’re playing Glastonbury two years in a row and they’ve performed along side the likes of The Libertines, The Black Lips and The Strokes.
Yet, despite being on the road more than Kerouac, they still found the time to write and record debut album, Leave Me Alone. Suitably evocative of teenage rebellion, it goes hand-in-hand with their nonchalant attitude. Stand-out tracks include Garden and the toe-tapping Warts; a cautionary tale of a psycho witch, delivered with a playful lure; ‘She acts too crazy/Absurdly wild/Always ready for a winky/She always burns her warts’.
They’ve achieved a lot in two years. Promising an electric and thoroughly vivacious live performance, Hinds are definitely ones to circle in your festival programmes this summer.